The annual Waste Management Phoenix Open is known as the wildest stop on the PGA tour and in 2017 the tournament is set to have its 82nd anniversary.

Come late January/early February, thousands of golf fans will pack the stands at TPC Scottsdale-golf’s loudest stadium course, filling the coliseum with cheers said to rival scenes of the Super Bowl–which is often playing within the same week.

But as hard as it is to imagine, “The Greatest Show on Grass” as we know it today almost didn’t happen.

The Phoenix Open had a rocky start when it debuted more than 80 years ago in 1932. It was actually discontinued after its 1935 tournament due to lack of interest and local support.

That might have been the end of the story if it hadn’t been for the vision and enthusiasm of one man: Bob Goldwater–who convinced his fellow Thunderbirds to help him jump start the event.

Bob Goldwater was an influential man and an avid golfer. He was one of the early inductees of Phoenix’s Thunderbirds–one of city’s most prominent civic organizations.

After persuading his fellow Thunderbirds, the Phoenix Open had its official rebirth in 1939.

The only catch was that most of his fellow Thunderbirds still weren’t as enthused as he was about running the event. Goldwater took it as a challenged and shouldered most of the responsibilities himself.

These included printing the tickets, selling sponsorships, and most importantly, securing the rights to use the Phoenix Country Club.

He then invited many of his friends to tee off in the event including big stars like Bing Crosby, Bob Hope, and Ben Hogan–who many consider to be one of golf’s greatest players in history.

The 1939 Phoenix Open turned out to be a success and after a bit more persuasions, Goldwater’s fellow Thunderbirds came around and helped sponsor nearly all future Phoenix Opens.

And there’s many more recent and young talents that have made their mark as well.

The tournament’s fan friendly attitude gives it a certain energy that no other golf tournament has. Just look at highlights from the 16th hole. (Who could forget the explosion after Tiger Woods’ hole in one?)

In December 14, 2016 the Phoenix Open will have its annual Tee-off Luncheon in The Phoenician Resort in Scottsdale.

This year’s luncheon features US Olympic Swim Team legend Michael Phelps as the guest of honor.

Attendees are already eager to hear more about his historic career, his plans now that he’s retired, and most important of all: his newfound love for golf.

Scottsdale, AZ is the perfect location for golfers.

It’s surrounded by more than 200 high quality golf courses around the Scottsdale-Phoenix Area and it offers you up to 330 beautiful sunny days to enjoy them.

The city is teeming with fantastic shops and restaurants and other exciting desert luxury amenities that you and your family will enjoy, including top-ranked schools and wonderful outdoor attractions.

Click or tap here to check out some of Scottsdale’s most coveted areas. 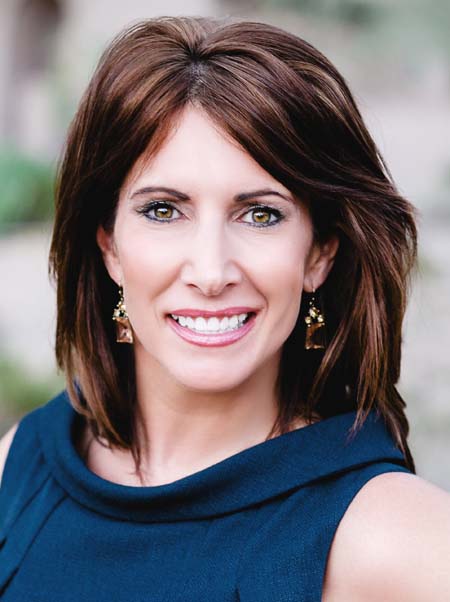